Our comprehensive fleet of presses includes state-of-the-art Lagan 200-ton and hydraulic 150-ton presses and small presses with pressure profiles ranging from 3 to 75 tons. Our extensive range of equipment allows us to create metal-stamped components in various sizes and shapes for both high- and low-volume production runs. 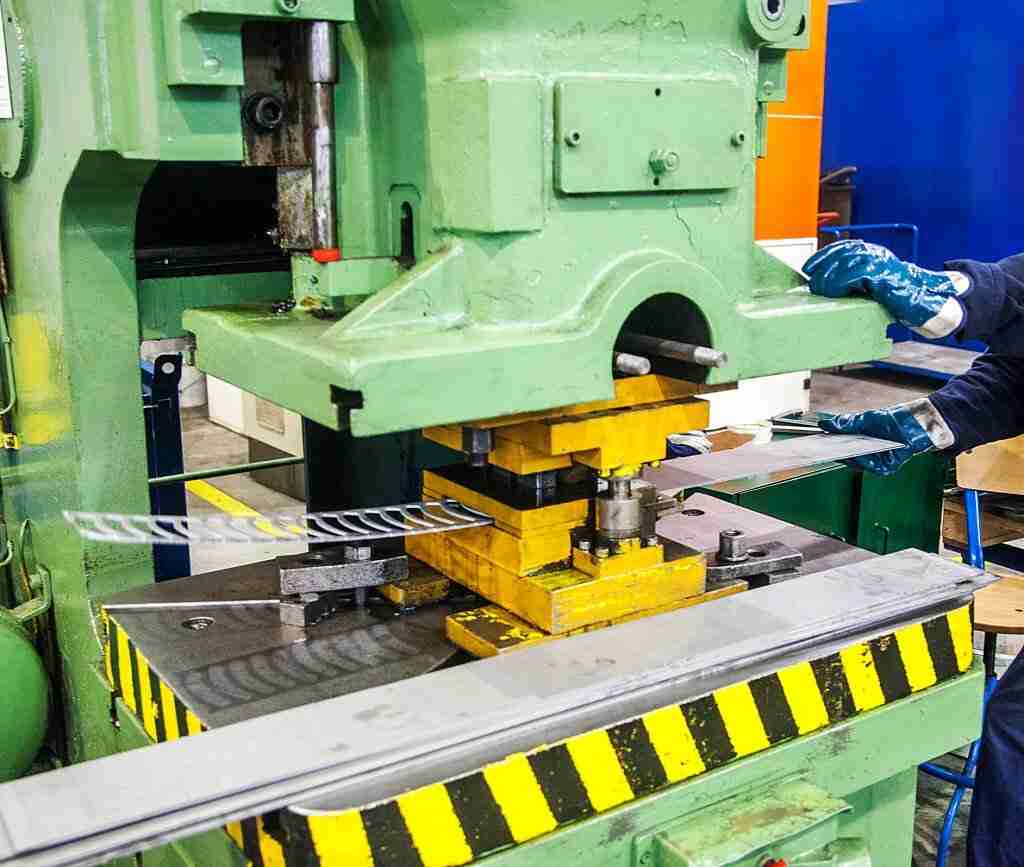 At Eimold, we offer high-quality, custom precision metal stamping for parts and components in many industries, including Aerospace, Electronics, and Medical. Our levels of engineering, metal-stamped part production, and overall performance are art forms.
We’ve taken advantage of promising technology and applied it uniquely to our advanced systems of getting things done right the first time.
From selecting the best material to tooling for your metal stamping project, we know how to listen and hook up our engineering muscle with our customers’ needs. We’ve learned how to provide satisfaction that breeds dependability, confidence, and value that makes our customers feel powerful. Our expertise in custom metal stamping services will ensure that your part will be manufactured to your exact specifications and the highest quality standards.
That’s power satisfaction. And we manufacture that into every metal stamped part we make.

Eimold manufactures custom metal stampings in various materials, including copper, brass, stainless steel, and steel alloys. We offer production volumes of up to over one million parts and maintain tight tolerances, all with competitive lead times. Please take advantage of our precision metal stamping services by starting an online quote on this page.
Our standard sheet metal stampings can make small, medium, and large parts. Elimold’s supplier network has a maximum press bed length of 10 feet and a maximum press bed width of 20 feet. We can readily stamp metal thicknesses from .025 – .188 inches but can go up to .25 inches thick and beyond, depending on the forming technique and material used.
Our project managers and experts personally review and manually quote each metal stamping project to ensure we meet your unique needs while providing a fast and easy manufacturing experience. 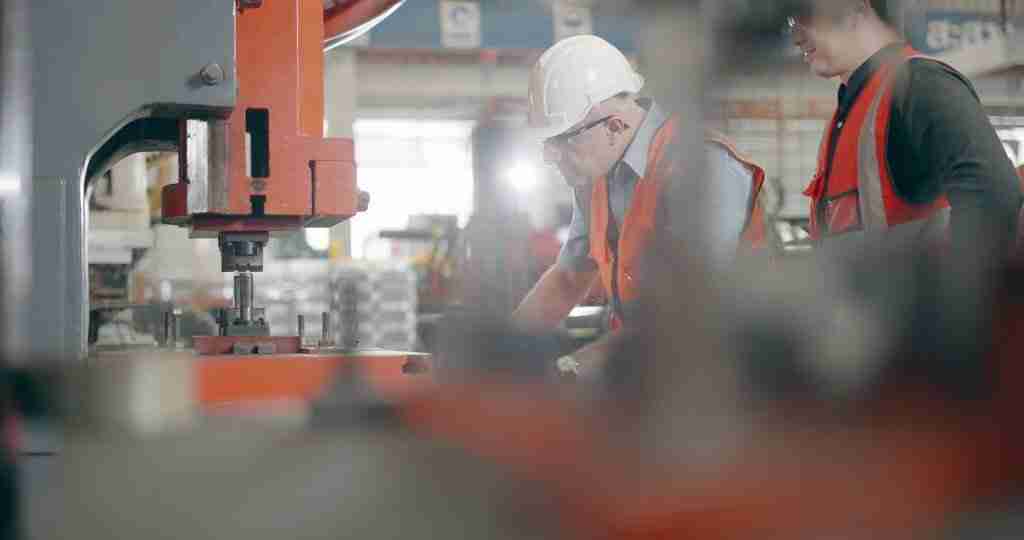 From Prototype to Low Volume Production

we have the capacity to make sure the job is done right, every time. We specialize in automotive, aerospace, defense, medical, alternative energy, and commercial vehicle manufacturing and are ready to make your project a success.

Types of Stamping by Elimold

We offer single and multistage, progressive die, deep draw, four-slide, and other stamping methods to ensure the most effective method for manufacturing your products. Elimold’s experts can match your project with the appropriate stamping by reviewing your uploaded 3D model and technical drawings.

Progressive Die Stamping uses multiple dies and steps to create deeper parts than would typically be achievable through single dies. It also enables multiple geometries per part as they go through various dies. This technique is best suited to high volume and large parts such as automotive ones. Transfer die stamping is a similar process, except progressive die stamping involves a workpiece attached to a metal strip pulled through the entire process. Transfer die stamping removes the workpiece and moves it along a conveyor.

Hydroforming is an evolution of stamping. Sheets are placed on a die with a bottom shape, while the upper shape is a bladder of oil that fills to high pressure, pressing the metal into the shape of the lower die. Multiple parts can be hydroformed simultaneously. Hydroforming is a quick and accurate technique, though it requires a trim die to cut the parts out of the sheet afterward.

Blanking cuts pieces out from the sheet as an initial step before forming. Fine blanking, a variation of blanking, makes precise cuts with smooth edges and a flat surface.

Coining is another type of blanking that creates small round workpieces. Since it involves significant force to form a small piece, it hardens the metal and removes burrs and rough edges.

Embossing creates a three-dimensional design in the metal, either raised above the surface or through a series of depressions.

Bending happens on a single axis and is often used to create profiles in U, V, or L shapes. This technique is accomplished by clamping one side, bending the other over a die, or pressing the metal into or against a die. Flanging is bending for tabs or parts of a workpiece instead of the whole part.

Low-volume production is any amount of up to 100,000 units. Most stamping projects are at least 1000 units to ensure cost-effectiveness for the customer. Customers use smaller metal stamping orders to bridge the development of a product between prototypes and mass manufacturing and to see how well a product will do on the market. Low-volume production also helps if a buyer is looking for customized products. elimold offers low per-unit costs, even for small volumes.

Medium volumes of production are between 100,000 and 1 million units. This amount of metal stamping production offers the flexibility of low-volume orders while enabling a lower price per part. It will also offer lower up-front costs for tooling.

High volume production includes orders of over 1 million parts. While metal stamping is very scalable, it’s an incredibly cost-effective manufacturing process for high volumes, as this drives down unit costs stemming from the price of creating custom tooling.

Short-run stamping is a low-volume production run with limited tool revisions. With short runs, overall costs will be less since you won’t need to change processes or equipment as much. Very short runs will have no changing factors, enabling the lowest price. These production capabilities are best for parts requiring less flexibility, low volume, or entering a new market.

Long-run stamping is a more involved production run in which all factors are variable, allowing for greater flexibility over time as the production line is tuned and optimized for scale. Long-run stamping will incur more costs as each process, material, or machine part may be changed and tested. However, these changes provide: 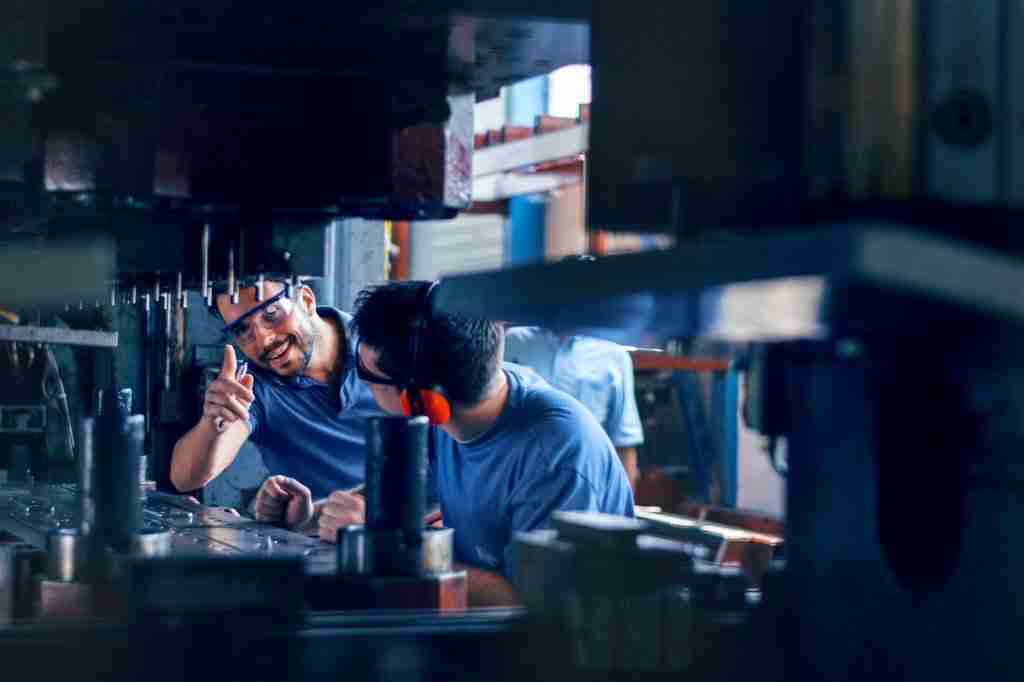 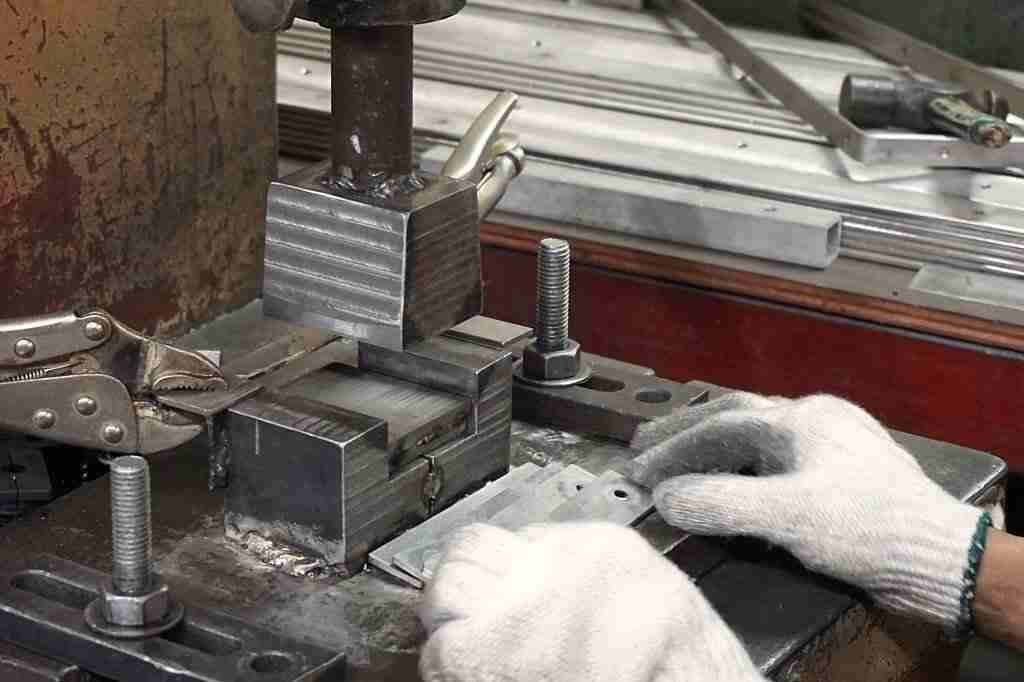 Our precision metal stamping services can deliver your part’s desired shape, whether you’re in the aerospace, automotive, telecommunications, or electronics industry. Our suppliers strive to meet your tolerance requirements by iterating on the tool and die design to fine-tune the output to meet your needs. However, the tighter the tolerances, the more challenging and costly this becomes. Precision metal stampings with tight tolerances can be brackets, clips, inserts, connectors, fittings, and other parts in consumer appliances, electrical grids, planes, and automobiles. They also create implants, surgical instruments, temperature probes, and other medical device parts like housings and pump components.
Regular checks to ensure the output still measures up to specifications are typical for all stamping after each successive run. Quality and consistency are part of a Total Productive Maintenance (TPM) program to detect wear in stamping tools (commonly made of D2 steel). Measurements with a check fixture (or check gauge) are standard for long-run stamping lines.

Metal stamping is a cold-forming process that transforms flat metal into various shapes. The manufacturing process offers many advantages, including:

With our innovative technology, we take stamping to the highest degree of precision and complexity. elimold uses precision metal stamping processes to create components with tolerances of +/- .001″, and if your assignment calls for stricter specifications, we can refine the process even further. 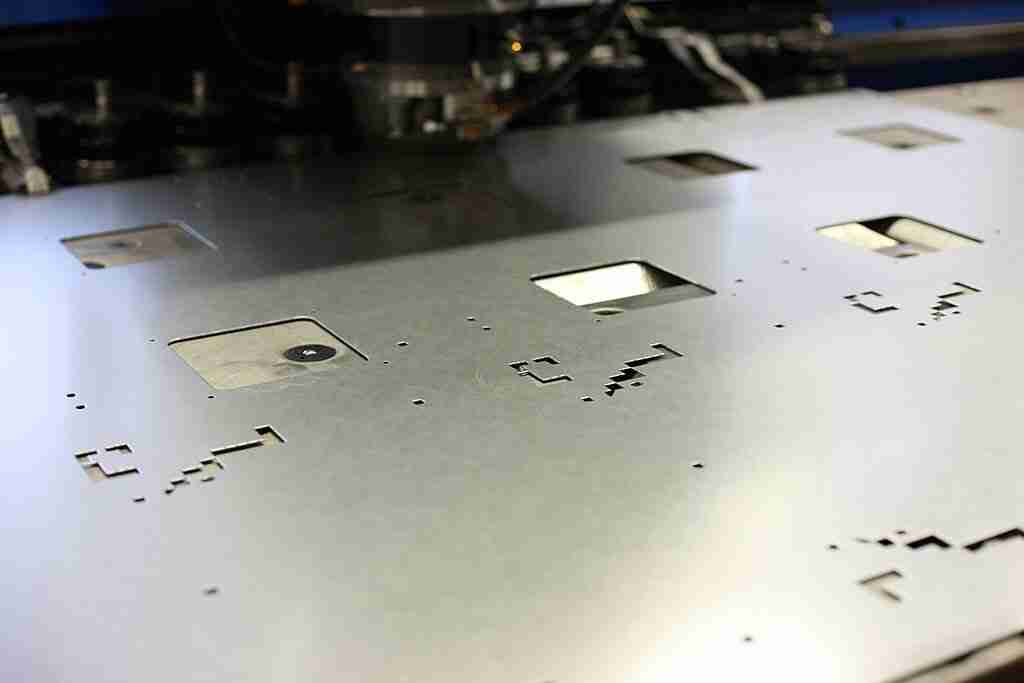 Efficiency in production processes leads to cost savings. Our metal stamping services can be conducted quickly, whether we are producing a prototype or a full high-volume production run, resulting in significant cost-efficiency over other tooling methods.
Consistency is also critical when it comes to manufacturing parts. Our ability to stamp multiple parts concurrently allows us to accelerate the process and create uniformity. To ensure our stamped components are as consistent as possible, we perform automated inspections on every run, including a dimensional inspection. Our facility is ISO 9001:2015-registered and provides unparalleled metal stamping and tooling services.

Ready to Get Your Project Started?

From prototyping to production, our production sites can handle all your manufacturing projects.